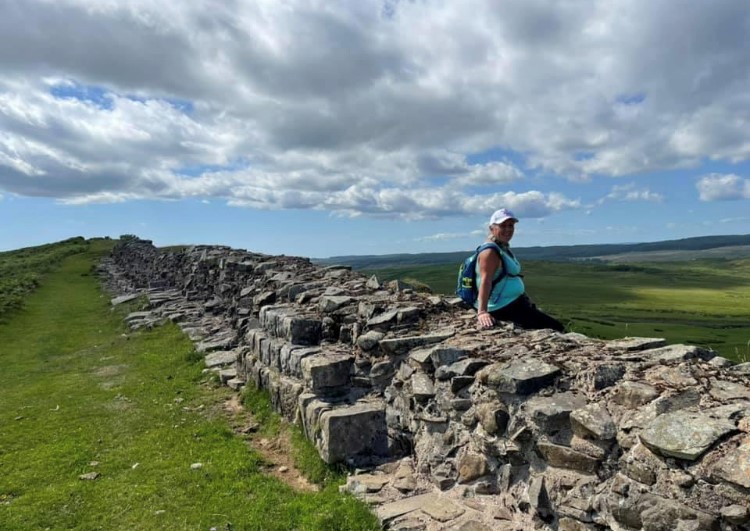 It was meant to be a rest day…

Coast to coast day 5 Having struggled to stand up after dinner, then forced to crawl up the stairs, I didn’t expect to be walking today! To say I was… 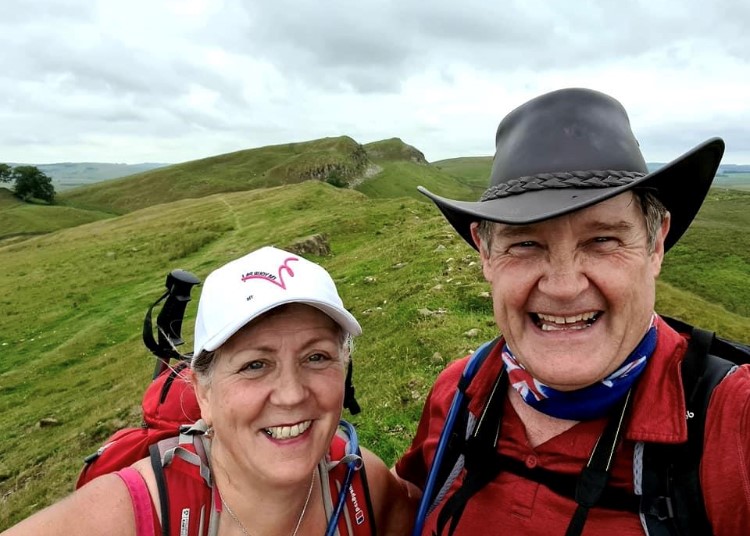 Coast to coast Day 4 Feeling totally refreshed and having eaten a hearty breakfast we are off – today might be a bit tough, 11 miles with hills, I keep… 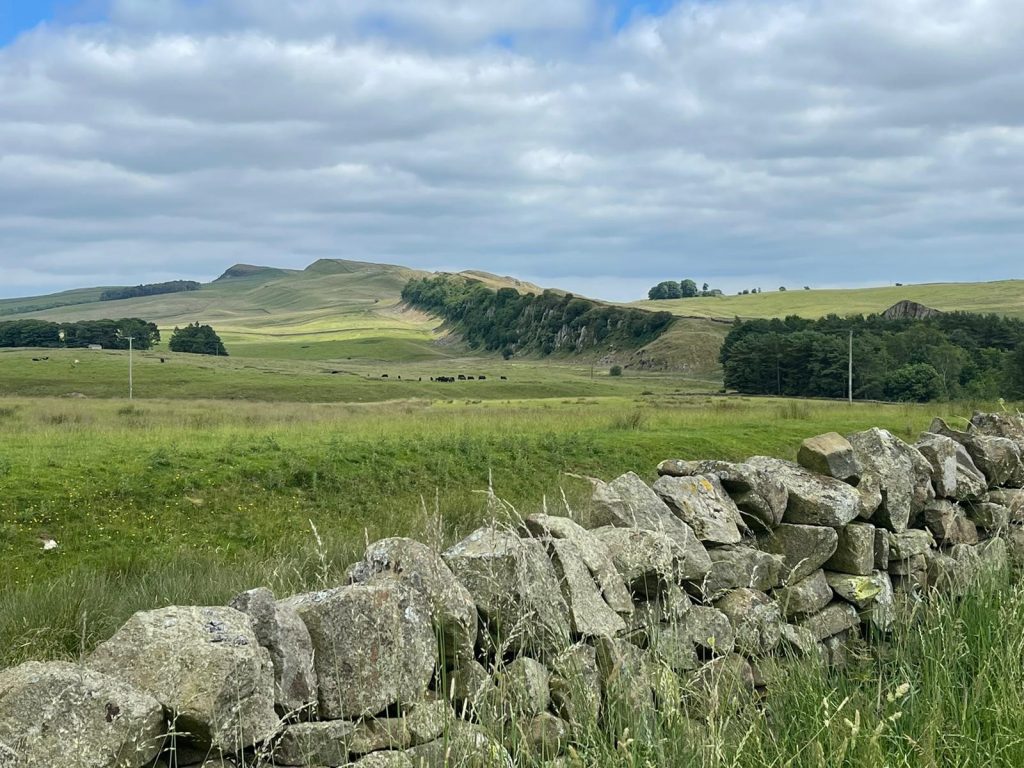 Surprisingly, I woke with no pain!

Coast to coast day 3 Surprisingly, I woke with no pain! Today we will be moving on to more new accommodation, so before breakfast we both pack up and get… 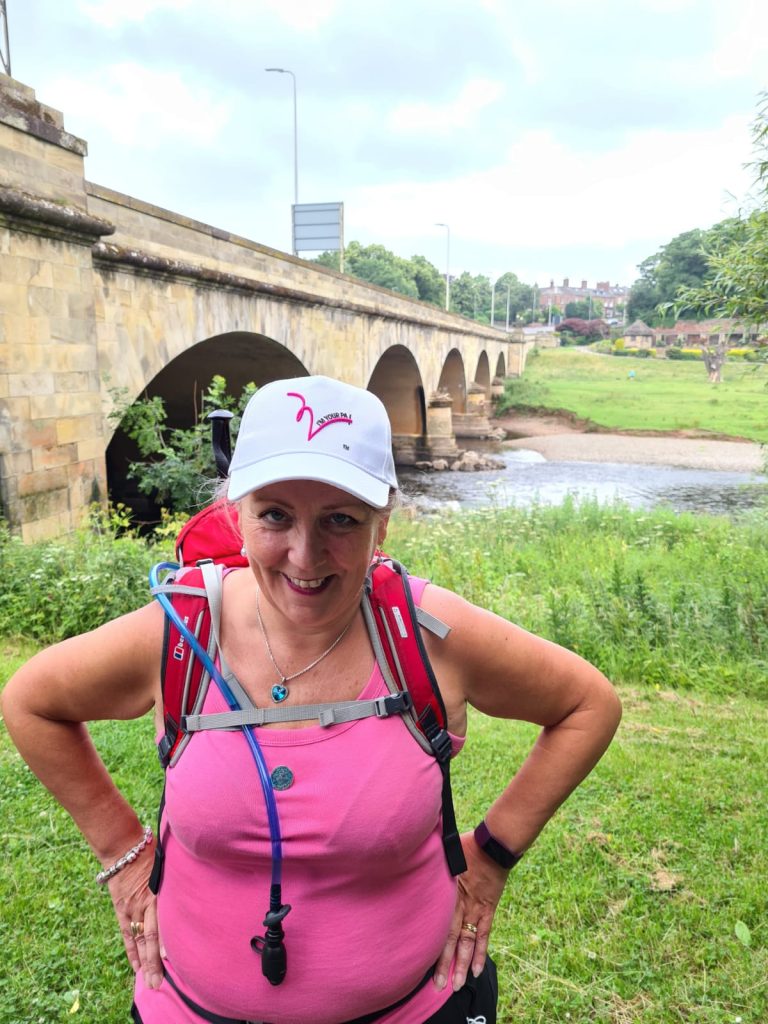 It will be fun they said …

Coast to Coast day 2. It will be fun they said. Just think of the achievement and the money raised! I woke at 4am, tried to get up to go… 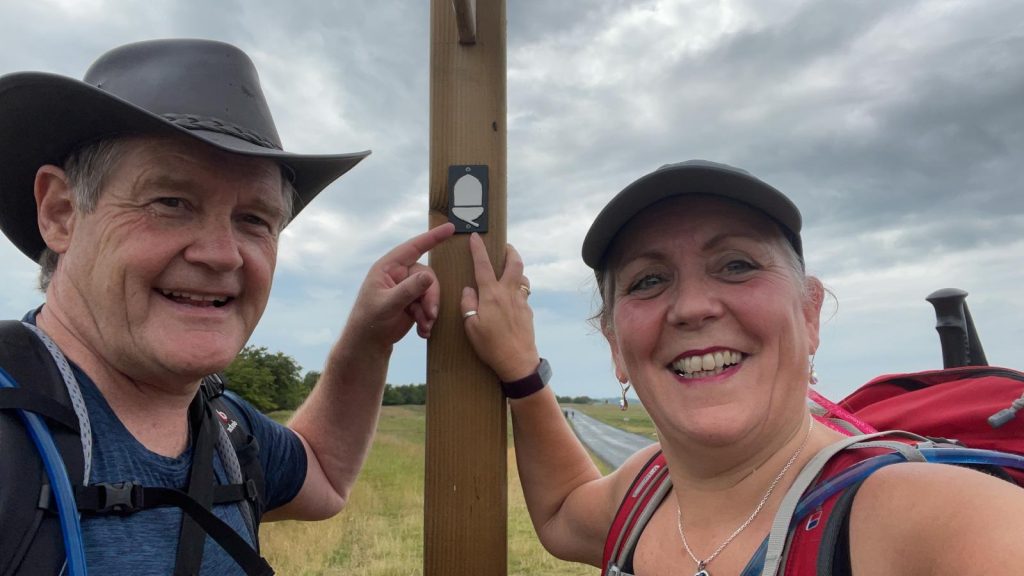 The ramblings of a mad woman walking coast to coast!

So this is it, day 1 of my journey from the west coast to the east coast following Hadrian’s wall. I agreed to do this with my business coach and…
26 Feb 2021

On July 11th I am setting out to walk from Bowness on Solway to Tyneside along the Hadrian’s Wall Path, it’s only about 90 miles in 8 days – but… 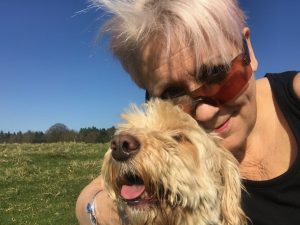 A hike in The Grand Canyon – 4 years on

I cannot believe it is four years since Iain and I took on the biggest challenge of our lives, so much has changed since then! I know some people have asked for an update as to what we did after, so with the re release of the blogs, I thought I would share an update. Neither of us have ever really heard from The Welshman since we got back, I guess I was always hacked off at him, the fact that he put himself and us at risk, he hadn’t done nearly enough training to take on such a crazy hike – but it doesn’t matter anymore, he’s safe and well, and Iain and I achieved our goal. Iain and I discussed doing Kilimanjaro, it never happened though! Iain went on to take up cycling in a big way and has done some really tough trips, including the Lands End to John O’ Groats. His children are now gr

The drive back to Flagstaff to drop off Ian “The Welshman”s car, was interesting to say the least! The thing was he was still tired, so Iain and I were concerned about his condition to drive. We had originally booked coach tickets back to the North rim, unfortunately because of the delay getting out of the Canyon, these were no longer valid. The journey to the North rim is 210 miles and takes around 4 hours, then we needed to drive back to Vegas, another 265 miles and 4.5 hours, however we also now needed to go to Vegas via Flagstaff first to take the Welshman’s hire car back – a mere 4 hours detour!

A hike in The Grand Canyon – Part 9 – The morning after!

I’m not quite sure what time I woke, I know I tried to put my feet on the floor and the pain was awful! Getting out of bed to get to the bathroom seemed to be the hardest thing ever! I looked at the state of the bed, the lovely crispy, white sheets were filthy, and I recalled I hadn’t even bothered to shower before bed! It was now Tuesday 4th June, I had last showered around 3am on Sunday morning! 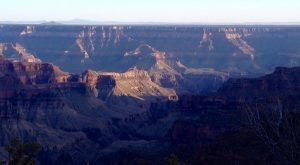 Having got out of the Canyon around 10.30pm, Iain and I were faced with the dilemma of trying to find somewhere to stay, we had no idea where to go, but eventually stumbled across two very nice ladies who offered to show us the way to Bright Angel Lodge- I swear it was another miles walk – I felt every step, and worse it was cold! My tee shirt was still damp from wetting it earlier, but now we were out of the Canyon the temperature had dropped considerably. We arrived at Bright Angel Lodge, Iain approached the front desk, at this point we really didn’t care about the cost of any rooms and had even agreed that if the only room available was a twin it really didn’t matter, we just needed sleep! I couldn’t believe the service from the reception, all the lodges are interlinked on 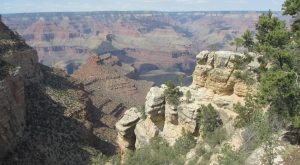 A hike in the Grand Canyon – part 7- The final mile and a half!

The sun was setting as we left the mile and a half rest house – this meant I now had to get my torch out AGAIN! The fact that I had a substandard headlight meant that the only safe way for me to walk was by torchlight – this also meant I could only use one walking stick, not good when you are constantly climbing uphill!
The switchbacks just seemed to keep getting tougher – I was having to stop on everyone, just for a minute or so. On one occasion Iain found me a fantastic rock, I sat down and actually nodded off, sitting upright with my rucksack on! As I started to gently slide off the rock I woke up – that was the last time Iain let me sit on a rock that was on the “drop side” of the Canyon – it would have been so easy just to slide off the edge in my sleep! 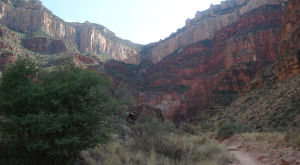 After a good rest at Indian Gardens, just after 4 pm both Iain and I had another rehydration salt drink, then we powdered our feet and booted up, soaked all our clothes and towels and got ready to walk. We were well rested and it was only 4.8 miles, so my guess we should make it out of the Canyon by 9pm at the latest, I couldn’t wait! We knew we would have no accommodation, we had struggled to get a hotel in the first place – now we were a day late, there was a good chance we might struggle, we agreed that even a park bench would be good enough! Iain kindly took my rucksack laden with his kilt, two unused tins of nuts, three quarters of a bag of trail mix and a first aid kit I think that any expedition leader would have been proud to own! I was very grateful to be able to carry a slightly lighter pack!