Networking is like child’s play, when you know how! - I'm your PA : The virtual assistant company that likes to make you smile.
01902 585 222 info@imyourpa.co.uk

Networking is like child’s play, when you know how! 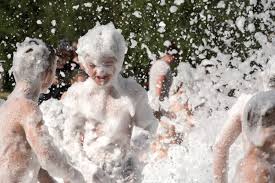 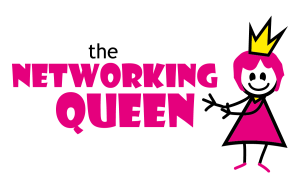 Networking should be fun and profitable, but how you calculate that profitability is up to you though. Over the years Michele has helped many people with their networking and keeps being asked to help more, so finally she took the leap and the start of June saw the launch of “Teachings Of The Networking Queen”.

The group started by looking at what each person wanted from their networking, for many it is not about the business, and there is no right or wrong answer, when Michele first started on her networking journey she wanted to learn as much as possible, so her goal was all about education. The first group is now four weeks in to their thirteen week course and the changes are brilliant. One course member wrote….

“Defo celebrating Lady Ibbs who is doing an incredible job in her networking group. I know my business would be in a different place if this was in place 2 years ago when I first set out x”

Over the thirteen weeks the group are covering so many different aspects of networking to help those on the course to network more confidently and to get a far better return on investment. Many people attend a networking event and think it is a quick fix to finding new business, they sell their wares at the meeting, collect as many business cards as they can and spam everyone with emails afterwards – then wonder why they get nothing! Networking is an art, but once mastered networking really is as easy as child’s play, and great fun! Everything we learn regarding networking can also be put into play online, at social events and anywhere else where there is a gathering of people.

If you are looking for networking tips the website is now live, so have a look at The Networking Tips on there, we also have the Facebook page https://www.facebook.com/YourNetworkingQueenwhere there are quick networking tips and discussion points.

If you fancy a meet up with The Networking Queen you can find her at BNI Wulfrun in Wolverhampton every Wednesday morning, or 4N Walsall Evening every other Thursday evening. To get in touch call 01902 244344 or email michele@TheNetworkingQueen.co.uk